In the exhibition “A Day Rinsed Out Floods the Waves at Night”, Marie Raffn
(*1991, lives and works in Copenhagen) and Edit Oderbolz (*1966, lives and
works in Basel) enter into dialogue with each other for the first time.

“Nothing Is Settled When You Are Near” by Edit Oderbolz, a crudely assembled
and painted wooden frame that takes up the grid of a window
and hangs above a collection of pastel-coloured plaster elements by Marie
Raffn that seem to have broken out of the wall or fallen in through the frame,
marks the beginning of the exhibition. The two artists share an interest in
the exploration of space and sculpture, a reduced formal language and an
aesthetic of the provisional and mundane. In the encounter of their two
works, a permeable state between presence and absence, fleetingness and
permanence, daydream and memory space emerges.

With “Horizontal Parallels”, Edit Oderbolz takes up the construction of a paravent,
which, however, is merely a scaffolding made of reinforcing iron and
thus relieved of its function of protecting the view. As if casually hung out
to dry, differently coloured terry cloth towels are placed on it. They bear traces
of past activities; their folds are reminiscent of a landscape. The shells,
loosely grouped on the floor and fixed to the rods in the wall piece, seem
to have settled there naturally. Inspired by the former use of the space as a
shipowner’s locker room and washroom, Edit Oderbolz locates the object in
a domestic context as well as in a maritime environment. The associations
range from done harbour work to modular architecture to longing for the
beach.

Marie Raffn’s multi-part floor work is entitled “Dots and Other Diacritics”.
Diacritics are the dots, dashes, ticks, arcs or circles placed on or under letters
to extend the alphabet, modulating their emphasis or pronunciation.
Marie Raffn’s curls, loops and waves of manually bent steel bands evoke
associations with characters that are additionally provided with such ornamental
embellishments. Grouped and spatially related to each other, they
form a kind of score whose appearance and rhythm change depending on
the viewer‘s position. They oscillate between linear drawing and threedimensional
sculpture, their internal forms accentuated by embedded and
differently coloured plaster elements. Bent on site and cast on the tiled
floor of the exhibition space, the objects can be understood as materialised
echoes or imprints of the industrially shaped environment.

As part of a Spatial Score reading at the opening of the exhibition
the works will be interpreted musically by the double bassist and performer
Aleksander Gabryś (*1974, lives and works in Basel). 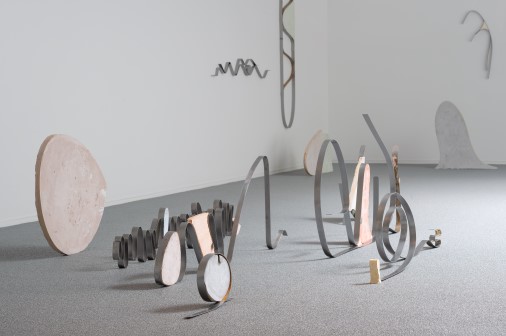 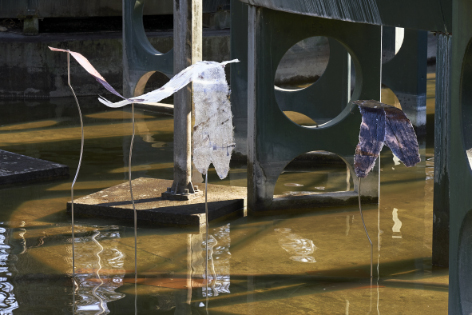 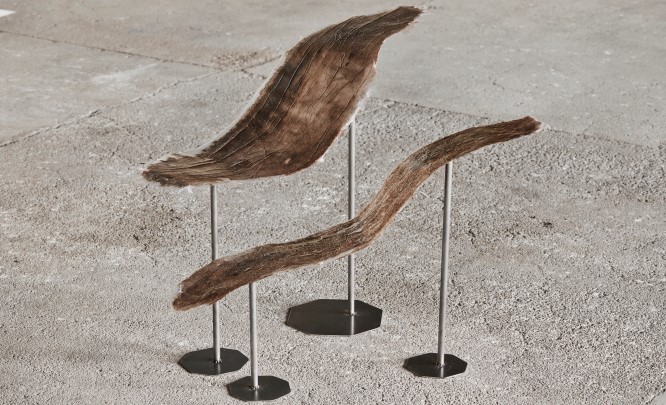 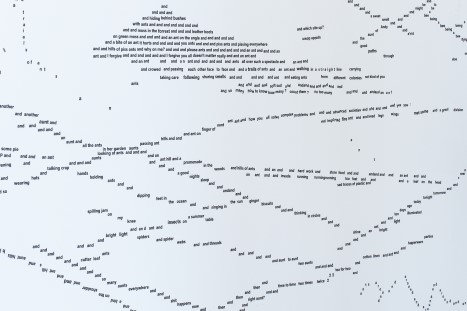 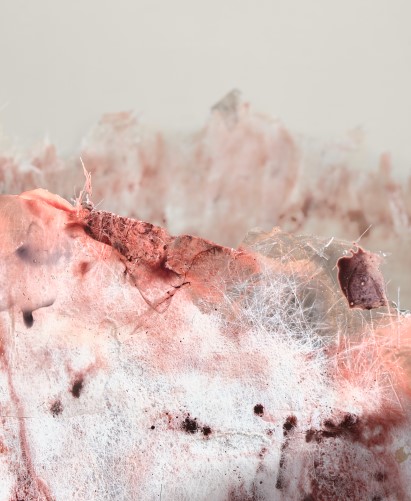 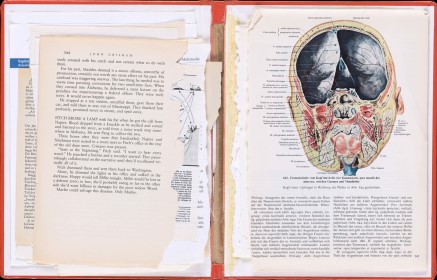 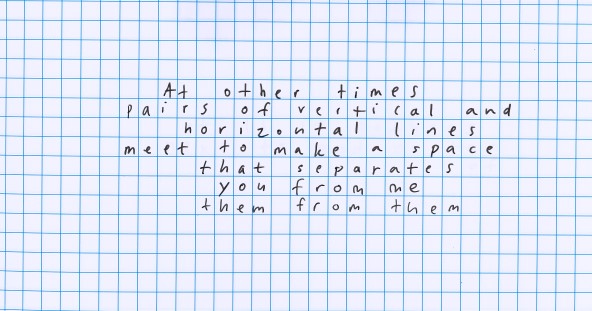 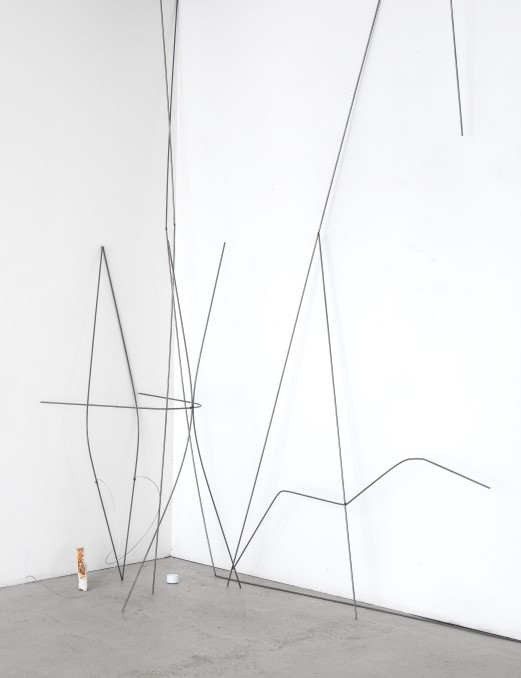 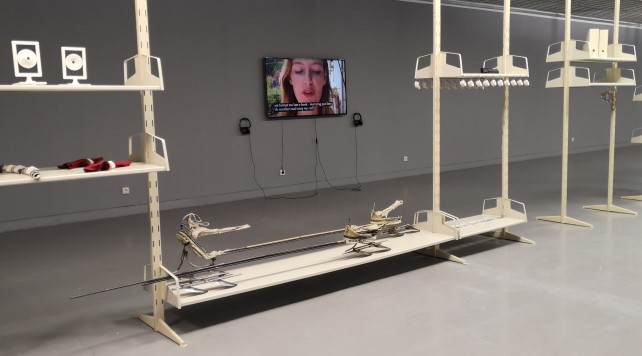 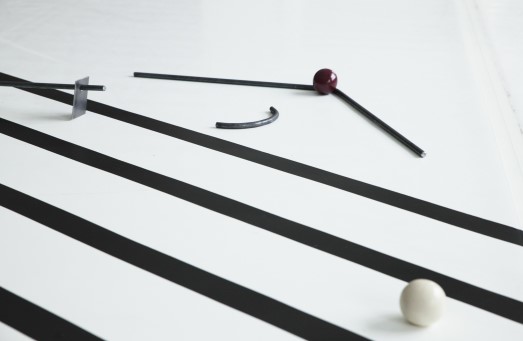